Lionel Messi is the best and most popular footballer in the world. Messi can only be stopped in a dream – Napoli coach Jennaro Gattuso.

The biggest challenge is that Lionel Messi, Jennaro Gattuso is well known. The Napoli coach told a news conference after finishing the Serie A campaign with a win on Saturday that he, too, might never have stopped Messi.

Only in a dream could he stop Messi. In fact, it is not possible. Lionel Messi’s football magic has won the hearts of millions of football fans around the world.

Although Messi has many rivals, no one can compare with him. Messi is the only one. Messi is a humble and polite footballer. Messi never lost his temper in football. 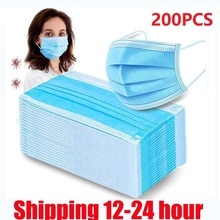 Messi can only be stopped in a dream – Napoli coach Jennaro Gattuso. Napoli will face Barcelona in the second leg of the last 16 of the Champions League next Friday.

Gattuso’s side drew 1-1 at home in the first leg. As a result, they will have to win the match of the second leg of the New Camp.

Otherwise it will be dropped from the top sixteen. Lionel Messi is ready in the Barcelona camp to make Napoli’s work more difficult.

Coronavirus in cricket and football.

Neymar has been released from Corona, He has returned to practice.

PSG started the season with a loss against Lens.

Virat Kohli is going to be a father, Anushka told this good news.

The teams that will face the Bangabandhu BPL today.

VIRAT KOHLI WILL COME ON FACEBOOK LIVE WITH TAMIM IQBAL.

Sylhet Thunders could not win in the last match of Sylhet episode.

Ayonsports.com is your Cricket and Football Sports News website. We provide you with the latest Update breaking Cricket and football Sports news from the Sports entertainment industry.
Contact us: ayonsingha427@gmail.com

This time Tamim Iqbal is the father of a daughter.